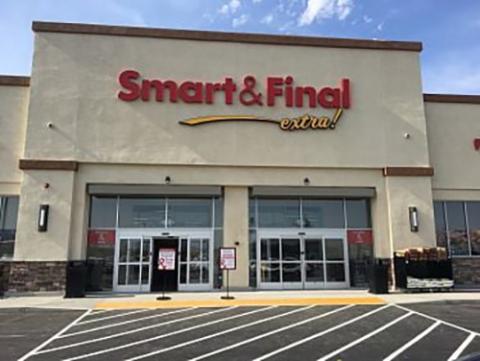 Grupo Comercial Chedraui, the third largest retailer in Mexico, is expanding its footprint in the U.S. grocery space.

Bodega Latina Corp., the U.S. subsidiary of Chedraui, has entered into an agreement to acquire Smart & Final Holdings from private equity firm Apollo Global Management for approximately $620 million, including the assumption of certain debt. Apollo had acquired Smart Final in 2019, for about $1.2 billion, including debt.

Smart & Final, which is celebrating its 150th anniversary this year, operates 254 grocery warehouse and food service stores, with 56 under its namesake banner and 198 under the Smart & Final Extra! banner, throughout  California, Arizona and Nevada. (It has an additional 16 stores in Northwestern Mexico operated through a joint venture.) The company had revenues of approximately $4.1 billion in 2021, with about 70% of sales from regular customers and 30% from business customers.

“The transaction is a testament to the strength of Smart & Final’s franchise, the quality of our store banners and the talent and expertise that support the business,” said David Herz, who is expected to continue to lead the company as CEO. “Under the ownership of Grupo Comercial Chedraui and Bodega Latina, Smart & Final will benefit from their guidance given their recognized and established position in the food retail space while contributing our own best practices and experience. Together we will further accelerate our collective growth.”

According to Chedraui, the combination with Smart & Final will create a leading diversified chain in Mexico and a multi-format food retail platform in the U.S., with consolidated sales of over $11 billion. The company said Smart & Final will be run as a separate operating unit.

“Smart & Final, with a unique go-to-market and operating strategy, is an attractive fit that is aligned with our business strategy in the U.S., utilizing differentiated formats to focus on growing, but underserved markets,” said Carlos Smith, president and CEO of Bodega Latina. “With a brand that resonates with consumers, geographic fit in key markets, and a consistent record of profitable growth, Smart & Final will complement the platform we’ve built with El Super and Fiesta. “

The transaction is expected to close in the second or third quarter of 2021, pending U.S. and Mexican regulatory approval.