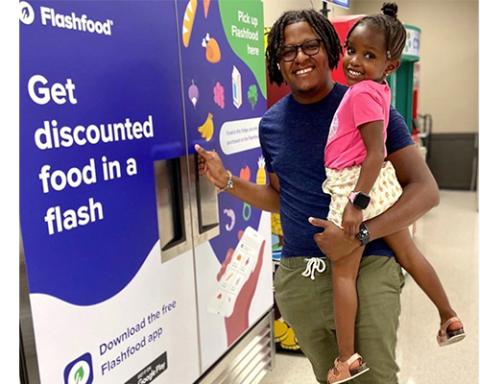 A grocery retailer/distributor is adding more stores to an app-based effort to promote sales of soon-to-expire food items.

The Flashfood app enables shoppers to browse deals on fresh items such as meat, produce boxes, dairy, and bakery items, as well as center-store foods and snacks, that are nearing their best-by dates. Discounted purchases are made directly through the app, then customers pick up their order from the “Flashfood zone” located inside a nearby participating SpartanNash store.

More than 40,000 customers at company-owned SpartanNash stores use the Flashfood app. In less than two years, the company says the initiative has enabled over 150,000 meals, diverting 180,000 pounds of food from landfills.

Other retailers operating in the grocery space have also been piloting Flashfood. Washington, D.C. regional grocer Giant Food began piloting the Flashfood app at three select Maryland and Virginia stores in October 2021. This pilot program continues the expansion of Flashfood's partnership with Giant's parent company, Ahold Delhaize USA, and its regional store brands. In addition, retailers including Meijer and Hy-Vee have been using the Flashfood app to help reduce food waste. Meijer is expected to roll out Flashfood chainwide by the end of 2021.

“We’re delighted to create food solutions for the communities and families we serve while keeping many food products near the end of their shelf life out of landfills,” said SpartanNash senior VP and chief marketing officer Amy McClellan. “To lower shoppers’ grocery bills at a time when many are struggling with inflation costs, while also saving nutritious food from going to waste, is a win-win in our book.”

"Food waste that ends up in landfills is a major contributor to climate change. This expansion allows us to tackle that problem, while also feeding families more affordably," said Flashfood founder & CEO Josh Domingues. “We commend SpartanNash for its commitment to sustainability and look forward to serving these new communities together."