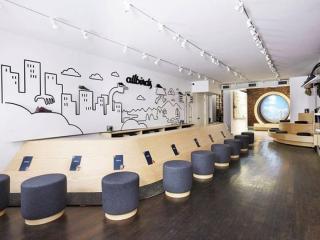 The maker of what it calls “the world’s most comfortable shoes” has closed on new funding that should help it expand its fledgling brick-and-mortar presence.

Allbirds, the eco-friendly online footwear brand with a fast-growing following, announced that it has closed Series C funding of $50 million, led by T. Rowe Price Investment Management, Fidelity Management & Research Company and Tiger Global. The new round brings the company’s total funding to more than $75 million.

Allbirds, which launched online in 2014, currently operates two physical stores, one in its San Francisco hometown and the other in Manhattan’s SoHo neighborhood. It is set to make its European debut next week, opening a store in London’s Covent Garden area. According to reports, Allbirds plans to open more U.S. locations during the next year.

The company plans to put its new funding toward retail expansion as well as towards research and development of sustainable footwear products.

Allbird’s signature footwear is made from renewable Merino wool. (The company says that the wool minimizes odor, regulates temperature, and wicks moisture.) The brand has expanded its product lineup from two items — a “lounger” and a casual sneaker — with a sneaker called Tree Runners. It is made of naturally derived and renewable eucalyptus tree fiber, and SweetFoam flip-flops, which are made out of a sugar-based outsole material.
Advertisement