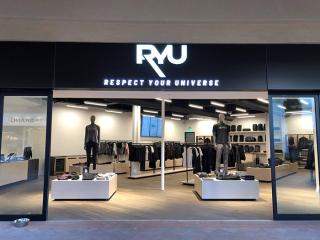 The Vancouver-based brand, which specializes in stylish athletic tech apparel for men and women, has opened a store at Fashion Island, Newport Beach, Calif. The new location is RYU – which stands for Respect Your Universe – Apparel’s ninth store to date. The company’s other U.S. locations include New York City and Venice, Calif. In Canada, it operates two stores in Toronto and four in its home base.

RYU was founded in 2011 as a mixed martial-arts brand. Under the leadership of Marcello Leone, who took the reins of the company in 2014, it has evolved into a producer of technical sportswear engineered for performance, fitness and an athletic lifestyle. The retailer is expected to open a total of four locations in U.S. and one in Canada in 2019.

"We are proud to be part of the Orange County community in one of the most important malls of North America. Having been embraced in such an exclusive environment is humbling and a further validation of the acceptance of our brand and innovation in the athletic sector," said Leone.
Advertisement