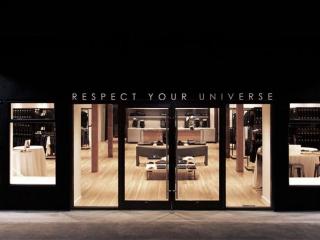 The Vancouver-based brand, which specializes in stylish athletic tech apparel for men and women, has opened a flagship in the Williamsburg section of Brooklyn, New York, as it continues its expansion into the United States.

RYU – which stands for Respect Your Universe – has five stores throughout Canada, with a sixth to follow before the end of the year. Williamsburg is the brand's second U.S. location with the first being a store  in Venice, California,  launched in the summer.

"We are excited to announce this important next step in the growth of RYU as a global brand," said Marcello Leone, CEO and president of RYU. "Expansion into the New York City area allows us to create connections and build community in one of the most influential athletic and fashion markets in the world."

Dedicated to offering the athletic apparel market something truly unique, RYU creates technical apparel and accessories that are engineered for both the performance and the lifestyle of a multi-disciplined athlete. Anchored in Respect for one's choices, individualism and journey, RYU designs innovative, on-trend training apparel that facilitates human performance.

Designed as a hub for the community to come together, RYU Williamsburg will promote wellness and healthy lifestyles through such features as weekly fitness classes taught by local instructors. An exclusive on-site water bar from Trace Beverages offers what RYU described as the “first-of-their-kind plant-based beverages infused with fulvic and humic minerals.”

"It's important that we connect with our community," Leone said. "We're not taking your typical approach of opening up just any store. We believe today, to be successful with any iconic global brand, you must have an authentic, emotional connection to your consumer."

RYU was founded in 2011 as a mixed martial-arts brand. Under the leadership of Leone, who took the reins of the company in 2014, it has evolved into a producer of technical sportswear engineered for performance, fitness and an athletic lifestyle.
Advertisement