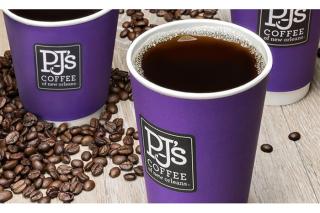 PJ's Coffee awarded 22 franchises representing 37 licenses 2018. It opened 17 new stores, one of which marked PJ's Coffee's presence in Maryland and the northeast. The company looks to broaden its scope domestically with continued expansion in Maryland, while also bolstering its stance in the southeast with sights set on development in Texas and Florida. Internationally, PJ's continued to expand its footprint in both the Vietnam and Kuwait markets.

"2018 was a momentous year for PJ's Coffee as it marked our 40th anniversary and the opening of the 100th location," said David Mesa, executive VP and chief development officer of PJ's Coffee. "With the coffee industry continually growing and changing, PJ's Coffee is committed to offering its guests the highest quality coffee and customer service and this begins with our strategic partnerships with coffee farmers across the globe.”

Named one of Franchise Business Review's Top 200 franchises of 2019, PJ's coffee continues to create excitement and drive business with its proven system that leads to year-over-year sales growth. In 2018 alone, franchisee sales grew by 66%, a number that is projected to continue to rise.

PJ's Coffee of New Orleans was founded in 1978 by Phyllis Jordan, a pioneer in the coffee industry. It acquired by Ballard Brands in 2008.
Advertisement