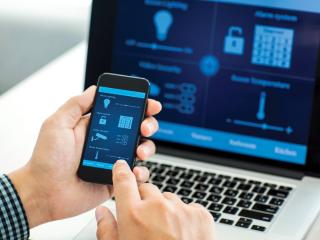 The largest food retailing co-op in the United Kingdom, Co-op, is reaping the benefits of using Internet of Things (IoT) devices and monitoring software for remote equipment monitoring, predictive maintenance and control of the refrigeration units across its more than 2,500 convenience and food stores.

Prior to implementing the automated system some two years ago, Co-op employees in each individual store had to manually monitor the temperature of every single refrigeration unit twice a day for legal requirements. (In some instances, food was going bad because the associates weren’t getting to the units in time.) They also had to manually create a work order every time service was needed on a refrigeration unit.

The Accruent solution automates the work that was previously done manually. It has reduced manually-raised work orders, giving store employees more time to spend with customers and generally making their jobs easier. Units can now be automatically monitored 24/7, seven days a week, 365 days a year, improving on logistic difficulties.

Another benefit is that Co-op’s refrigeration assets are now in a continuous improvement cycle.

Justifying Investment: Creating an economic justification for implementing an IoT solution is still a challenge for many retailers. Co-op relied on two major considerations to justify the project’s ROI and get it green-lighted. One was the elimination of the need to manually monitor every single refrigeration unit in the portfolio, twice a day, to meet regulatory and legal requirements.

“Our IoT project gave Co-op the opportunity to be on equal footing with larger convenience retailers who don’t have to do manual checks of their refrigeration equipment each hour of the day during operating hours,” said Ian Smithyman, Co-op’s head of contract management and service improvement.

The second consideration was reducing food waste by advising store associates to remove food stock when units were outside design temperature.

Although it was expected that the Accruent solution would take a year to implement, the system was up and running in only five months, so the cost-savings started flowing in quicker than expected. Once the application was live, Co-Op’s facilities managers saw more issues being flagged than had been manually reported in the past. For instance, more units were operating outside their designed temperature, meaning their supply chain had a bigger workload than expected. Alerted by the new system, the managers were able to fix the problem before it became an even bigger one, helping to ensure that customers’ shopping experience is not negatively impacted by out-of-service equipment.

Co-op was also able to come up with new processes in dealing with nuisance alarms so that store visits by engineers are now needed only when there are real issues. The system’s central dashboards provide data and insights into when alarms are created at certain times of the day, which in turn allows their service providers to schedule engineering resources correctly.

Prior to the IoT solution, engineers would typically work a 6 am to 2 pm shift. Now, they work throughout the day in staggered shifts, seven days a week, based on forecasted demand to ensure they can attend to alarms at the correct time.

In another important benefit, Co-op is also now able to hold their contractors to account more closely. The reliability of the PPM’s can now be looked at in forensic detail and performance can be benchmarked.
Advertisement