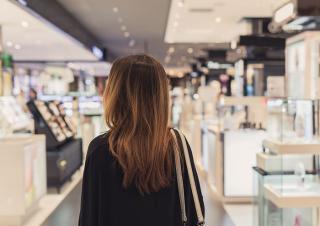 The recent headline-making report by UBS projecting that retailers must close 75,000 stores by 2026 due to e-commerce is misleading and ignores key industry trends.

At least that’s the viewpoint of Greg Buzek, retail analyst, IHL Group, which has predicted that online will be 25% of the total retail market by 2021, but that 80% of all of retail will still have a store fulfillment component. The firm said it took a hard look at the math and research behind the UBS report, which is heavily reliant on U.S. Retail Census data, and found it painted a misleading picture of the industry.

“When one relies almost exclusively on the US Retail Census data, one assumes that the government has kept up in their measurement criteria to handle all aspects of retail trade (online and stores),” Buzek said in a post on IHL’s site. “They are really struggling with how to deal with bricks-and-mortar retailers and the growth of the online business. Their systems have not kept up with the rapid pace of change in retail in all facets.”

In other criticism, Buzek said the report doesn’t go into what causes retailers to close stores. The assumption is that retail overall will only grow 2% annually and online growth substantially higher – so all stores must suffer.

“But if one really looks at retailers that are closing their doors (as IHL has done in previous posts), 85%-90% of them took on way too much debt or expanded beyond a market that could sustain the growth,” Buzek said. “It is very rare where a well-run business that has adapted to changes in consumer trends, invested in technologies, and has a reasonable balance sheet has closed a sizable number of stores. So the study’s approach assumes the worst and excludes the positive parts of the market. It’s all math.”

But Buzek has an even bigger concern about the UBS report.

“The assumption here in the math is that all e-commerce sales and growth is for delivery of goods only,” he pointed out. “It excludes buy online pickup in store (BOPIS) and click and collect, which are the two areas of e-commerce that are growing the most by far (five times the speed of overall e-commerce). To do these, a retailer needs stores. We’ve all seen how delivery is harder logistically and secure delivery is more difficult due to package theft. Excluding this trend in the analysis is a huge problem for me when the conclusions are so sensational.”

“This is simply not reasonable in an analysis with the growth for this sector is primarily from pickup in stores,” Buzek said. “Simply, the stores need to be there.”

Buzek did credit the report with being well documented, with some “truly outstanding” historical data with regards sales history, sales per square foot, sales by employee, the number of malls, and malls per region and states. He also agreed with the authors that specialty apparel has way too many stores, noting that the U.S. has approximately 20 times the sales square footage per capita of Germany in the apparel sector.

A recent report by NRF and Forrester Research found 54% of surveyed retailers plan to open new stores in 2019, and 36% of those surveyed will have a higher store count than in 2018. Only 7% of respondents said their net store count would decrease.

“Retail is still very much about location, location, location to consumers,” Buzek said. “Those stores may take on more of an e-commerce fulfillment role and radically change formats from today, but their advantage is their proximity to the consumers they serve.”
Advertisement