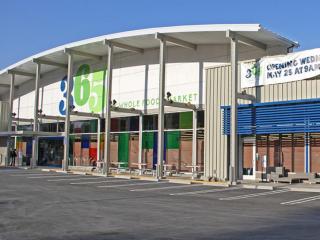 It appears that Whole Foods Market has decided not to expand its smaller-store format.

Whole Foods CEO John Mackey told employees that the company will not open any new Whole Foods Market 365 stores, according to an internal email reviewed and reported by Yahoo Finance. The existing 12 stores will remain up and running, including its newest location, which opened in Atlanta in December.

Whole Foods Market debuted the 365 concept in 2015, about two years before the company was purchased by Amazon. The streamlined format, which averages about 25,000 sq. ft. to 30,000 sq. ft., is focused heavily on Whole Foods’ private-label products, which have been increasingly integrated into the mix in the company’s core stores. It also has a strong local orientation.

The main reason behind the strategy shift is Whole Foods’ prices, according to the report. Mackey said that prices in Whole Foods Market stores have been consistently lowering over the past year and that “the price distinction between the two brands has become less relevant.”

“Learnings and innovations from 365 have been incorporated into Whole Foods Market and the company will continue to innovate and experiment,” a Whole Foods spokesperson said in a statement to Yahoo Finance.
Advertisement