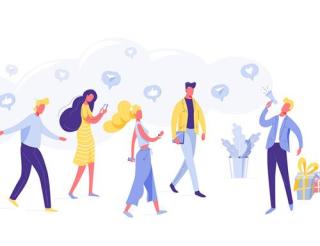 A new survey indicates that regular people have more impact on how consumers spend their money than influencers.

“Shifts in Consumer Shopping Habits: Authenticity, Personalization and the Power of UGC,” a survey of 2,042 consumers across the U.S., UK and Australia ages 18-55 from visual content platform Stackla, shows the majority (79%) of respondents say that user-generated content (UGC), such as images and videos from other consumers, highly impacts their purchasing decisions. But only 9% say the same for content produced by influencers.

The overwhelming majority (88%) of respondents say authenticity – described as relating to brands being genuine and real – is an important factor in deciding which brands they like and support. And 83% believe retailers need to provide more authentic shopping experiences to customers like them.

Below are more interesting data points:

“All generations of shoppers are telling brands they’re more likely to purchase products if they see authentic customer content on websites,” said Damien Mahoney, CEO and co-founder at Stackla. “The survey results tell us online shoppers are influenced by and expect to see visual content from real customers more than ever before.”