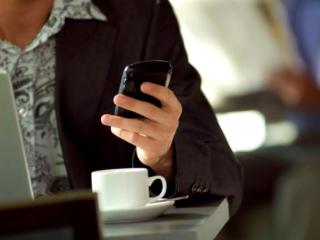 As the mobile ecosystem remains one of the most important enablers of the way Americans live and work, nearly 264 million Americans are using their mobile phones a combined total of 12 billion times per day, according to the “Global Mobile Consumer Survey,” from Deloitte.

In 2017, smartphone penetration reached 82% overall, with ages 18-24 having the highest penetration at a staggering 93%. Yet, the strongest growth in ownership for two years running now is among those aged 55 and older.

The number of times users look at their phones has remained nearly constant for the past three years at approximately 47 times per day. The notable exception being the youngest age group (18-24), which checks their phones 86 times a day, up from 82 times in 2016. The number of apps consumers download and have installed on devices, has increased marginally, to 23, from 22 in 2016.

Mobile payments continued to gain popularity with 29% of consumers reporting making an in-store mobile payment, up nearly 50% from 2016, and a 50% increase in consumers who now use m-payments on a weekly basis – up to 12% from 8%.

While artificial intelligence (AI) and machine learning (ML) are still in the early phases of mainstream, 68% of consumers are already using some form of AI/ML on their smartphones, and 83% of those who do so are ages 18-34. The highest use categories include predictive text, driving route suggestions and voice assistants, used by one-quarter to one-third of consumers.

That said, 75% to 80% of consumers are not aware of many ML capabilities such as translation, auto photo classification and automated calendar entries, indicating these as potential growth areas, the study said.

While consumers may have reservations about privacy as it relates to the emerging internet of things platforms, they are showing very few reservations about sharing personal data when entering into agreements or making purchases online. Only 13% said they never share personal information such as name, email address, phone number, photos, contact list, browsing activity, purchase history and health metrics.

When installing apps and registering for services, 91% of consumers are willing to accept legal terms and conditions without reading them, the study said.

“While traditional mobile services have matured in 2017, the opportunities presented by ‘made for mobile’ content, IoT services, wearables and VR represent a significant value proposition to both industry and consumers,” said Craig Wigginton, vice chairman and telecommunications sector leader, Deloitte & Touche LLP.

“Some industry watchers say 2018 is about increasing ‘revenue-per-look,’” he added. “Our view is that the industry’s incredible connection with American consumers is about the innovation and value that the mobile ecosystem brings to consumers and that shows every sign of accelerating in the year ahead.”