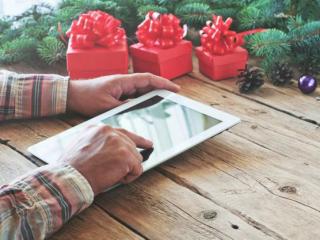 Amazon is on pace to dominate the holiday season, followed by Walmart.

This is according to “The 2018 U.S. Holiday Shopping Forecast” from CPC Strategy, which revealed that 80% of holiday shoppers will start their hunt for gifts on Amazon this year. This is a jump from 72% of respondents in last year’s study.

Walmart also has a sunny outlook this holiday season, with 57% of online shoppers planning on visiting the site for their holiday shopping. The likelihood of shopping at Walmart increases with age and gender, as 70% of 45-54-year-old women plan to shop at the discount giant.

Consumers (20%) also want to spend less this year, a factor that makes it important for brands to make their experience worthwhile. This could be a boon for the discount big-box retailer this holiday season, since the segment has been doubling down on efforts to compete with Amazon, the study revealed.

Other key findings of the report include:

“[With] a lot of respondents [saying] they’ll start shopping before Thanksgiving, customers might have already made their gift purchases long before you’ve launched your Q4 advertising strategy,” said Rick Backus, CEO and co-founder of CPC Strategy. “The most successful brands and retailers will move their Q4 campaign timelines up, especially if they’re advertising on Amazon.”
Advertisement