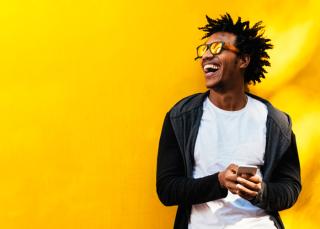 A new survey illustrates how millennials are using mobile devices for shopping and purchasing goods.

According to a January 2019 poll of more than 1,000 U.S. millennial shoppers ages 22-37 by CouponFollow, the percentage of respondents performing mobile-based shopping increased to 36% from 16% in a comparable poll taken in July 2017. In the same time period, computer-based shopping decreased to 24% from 31%, and brick-and-mortar shopping dropped to 40% from 53%.

The survey also asked respondents a variety of coupon-related questions.
• Email is still the most preferred method, with one of every two millennials preferring it to other methods.
• Mobile app-based coupons were preferred by 23%, doubling in preference since 2017.
• One in 10 prefer receiving coupons by postal mail, down from one in five in 2017.
• Chatbot-based coupons preference remains largely unchanged and insignificant.
• More than half (56%) spend three minutes or longer searching for coupons, compared to 45% who would spend the same amount in 2017.
• Just 5% of millennials don't search for coupons, down from 11% who didn't in 2017.
• 44% of millennials sometimes or often use browser extensions to save money while shopping, compared to just 21% in 2017.
• Just 11% of millennials reported not knowing what a browser extension is, versus 26% in 2017.

Other notable responses included:
• 45% of shoppers suggest they use a voice assistant when doing various shopping activities such as searching for products or product reviews.
• Google’s Assistant (24%) slightly edged out Apple’s Siri (19%) and Amazon’s Alexa (18%) as their preferred voice assistant for shopping activities, while Microsoft’s Cortana (5%) lagged significantly behind.
• 42% have a smart speaker device, but didn't make any purchases with it in 2018.
• Only 4% made more than one purchase using their home smart speaker in 2018.
• While 90% of Millennials know about or have heard of cryptocurrency, only 4% use it whenever possible.
• 22% of Millennials made one or more purchases by paying with cryptocurrency in 2018, but only 6% made more than five purchases using cryptocurrency.
Advertisement