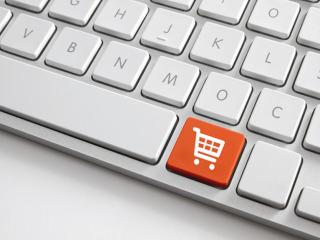 Not only did Alibaba Group's Singles Day smash its own record, its volume exceeded the combined U.S. sales of Black Friday and Cyber Monday.

The 24-hour shopping extravaganza, held on Nov. 11, brought in $25.3 billion in sales (or gross merchandise value) to Alibaba's platforms, up 39% compared to 2016. Sales settled through Alibaba's Alipay accounted for 90% of total GMV. A total of 1.48 billion transactions were processed by Alipay in the entire 24 hours.

The first delivery arrived 12 minutes and 18 seconds after midnight, according to Alibaba.

To boost excitement — further blend the online and offline experiences — Alibaba created “smart stores” that featured virtual browsing, shopping tours, virtual fitting rooms, payments and deliveries. Specifically, the Chinese online giant turned 100,000 physical shops around China into "smart stores.” Goods perused by people at the stores, but then bought and paid for on Alibaba's platforms, were added towards the sales total, according to CNBC.

“More than $25 billion of GMV in one day is not just a sales figure,” said Daniel Zhang, CEO of Alibaba Group. “It represents the aspiration for quality consumption of the Chinese consumer, and it reflects how merchants and consumers alike have now fully embraced the integration of online and offline retail.”

Merchants involved in the event expected to distribute an estimated 1.5 billion parcels over the next six days.
Advertisement