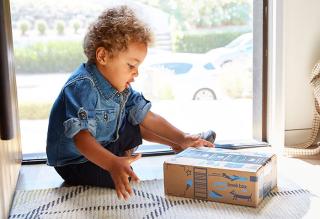 A new survey reveals how many consumers have actually used an online subscription box service.

According to data from the YouGov RealTime research platform, 80% of US consumers ages 18 and older say they’ve never subscribed to a subscription box service that regularly delivers health and hygiene products, such as razors or shampoo, to their home.

A similar number of people say the same about companies that provide beauty and cosmetic products (80%), as well as groceries and meal kits (81%). When it comes to delivering household goods, such as paper towels and laundry detergent, 85% of shoppers say they’ve never subscribed to such a service.

However, younger adult consumers appear more open to the idea of subscription boxes than the general public. Nearly half (47%) of US consumers ages 18-34 say they are either very likely or somewhat likely to consider subscribing to at least one of the four types of services mentioned in the survey. For all U.S. adults, that percentage of interest stands at 33%.

The top perceived potential benefit of subscription boxes among all consumers is that they save time from shopping (48%). Other popular advantages cited by respondents is that they will never run out of a product they need (39%) and that they don't have to remember to manually buy the products themselves (33%).

Respondents age 18-34 are slightly more likely than the average American adult to think subscription boxes are good for simplifying their budget (26% vs. 18%), saving money by subscribing in bulk (36% vs. 29%), and providing an ability to try new products they wouldn't otherwise (26% vs. 20%).

As for the potential drawbacks, 53% of shoppers worry it would ultimately cost more money to have a subscription box than not, while 52% show concern that they may not use the products quickly enough and end up with more than they need. Other leading potential drawbacks include shipments not arriving on schedule (34%) and poor quality products (33%).

Looking at concerns about subscription boxes among younger consumers, the greatest divide with average respondents occurs over being able to use products quickly enough. Forty-two percent of shoppers ages 18-34 say they consider it a potential drawback, compared to 52% of the general public.
Advertisement