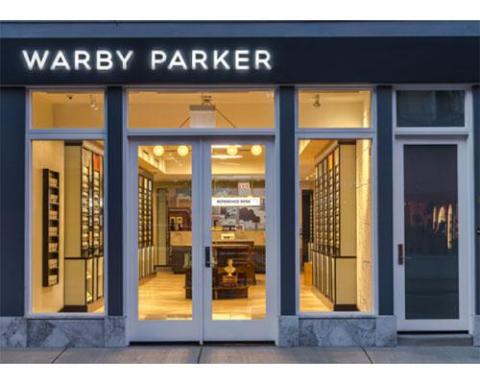 Warby Parker operated 169 stores at the end of its first quarter.

The digitally native eyewear retailer opened eight new stores, bringing its store count to 169 locations. The openings included Warby’s first store in Nebraska, and going deeper in  Houston and Tampa, where it opened its sixth and third stores respectively.

“We remain on track to expand our retail footprint by 40 new stores this year, ending 2022 with 201 stores,” co-founder and co-CEO Dave Gilboa said on the company’s earnings call. “Even with this rapid growth, at year-end we will still represent less than 1% of the 41,000 optical shops open in the U.S. today.

Warby Parker reported that its revenues rose 10.3% to $153.2 million in the quarter ended March 31. The company said it lost about $15 million in sales due to the Omicron variant, whose onset coincided with peak demand in the optical industry as customers seek to use flexible spending dollars ahead of year-end expirations.

Net losses grew to $34.1 million, or $0.30 a share, compared to a loss of $1.6 million, or $0.03 for the year-ago period, as costs associated with Warby Parker’s direct listing in September on the New York Stock Exchange took a toll on earnings. Adjusted earnings before interest, taxes, depreciation and amortization slipped $8.5 million to $800,000.

In addition to opening eight stores during the quarter, the company noted that it also expanded its eye exam capacity, launched four new eyewear collections, scaled its vertically integrated supply chain, and continued to deliver “above-and-beyond experiences” to its customers, “who are spending more with us than ever before."

“Despite a challenging macroeconomic backdrop, we continue to grow faster than others in our industry,” said co-Founder and co-CEO Neil Blumenthal. “We believe our omnichannel business model, compelling value proposition, and strong consumer brand uniquely position us to capture market share for years to come in both good and turbulent environments.”