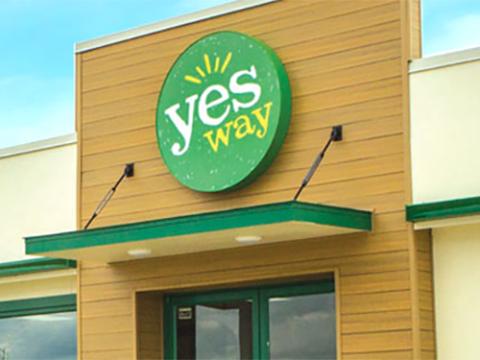 Students at a major Southwest university will have a new convenience shopping option this fall.

Yesway is opening a new concept store called Allsup’s Express on Tuesday, Aug. 16, in Lubbock, Tex. The store is adjacent to the campus of Texas Tech University.

The Allsup's Express store, a 3,000-sq.-ft. bodega-style location open Sunday through Thursday from 6 A.M. to midnight, and 6:00 A.M to 2 A.M. Friday through Saturday, is focused on serving the Texas Tech University community and students with a tailored assortment of merchandise offerings including food, beverages, and everyday products. Beer and wine will also be available for purchase.

The store will also offer the Allsup’s Rewards loyalty program, which includes a mobile order ahead and pickup program and personalized digital engagement. Texas Tech University students can text "Tech" to 82295 during the grand opening celebration to receive a free Allsup's burrito. And, anyone who visits Allsup's Express and purchases a burrito with an Allsup's Rewards card will also be entered for a chance to win $1,000 toward the purchase of class books.

As part of the Allsup’s Express launch, Yesway is launching an Allsup's Burrito Ambassadors influencer marketing program on Instagram and in the “real world,” deploying street teams in the area to drive attention and excitement around the opening. The retailer is also offering grand opening activities, including a private preview event on Monday, Aug. 15 and grassroots coupon book giveaways. The official Allsup's Express grand opening celebrations begin Wednesday, Sep. 7, lasting through Sunday, Sep. 11, with everyone is invited to attend.

"With over a half dozen Yesway stores in the Lubbock market already selling the beloved Allsup's burrito, we see the Allsup's Express brand expansion as an exciting and fresh opportunity to meet the needs of the college students," said Tom Trkla, CEO of Yesway. "Our customers are so important to us, and we could not think of a more enthusiastic and welcoming community in which to debut this exciting new concept store and satisfy some of Allsup's biggest fans. We look forward to serving you."

Yesway targets growth
Fast-growing Yesway, which in September 2021 filed a statement with the U.S. Securities and Exchange Commission for a proposed $100 million initial public offering of its stock. on The Nasdaq Global Select Market under the ticker symbol “YSWY,” is in the midst of an accelerated real estate and remodel push.

At the end of 2020, the company opened an Allsup's Market concept store in Vaughn, N.M., the first new store opening since Yesway acquired the Allsup's convenience store chain in November 2019. Late 2020 also marked Yesway’s raising an additional $235 million of equity capital, $135 million of which was to be invested in targeted real estate capital projects.  The Vaughn Allsup's Market store represented the initial launch of Yesway's accelerated real estate investment campaign.