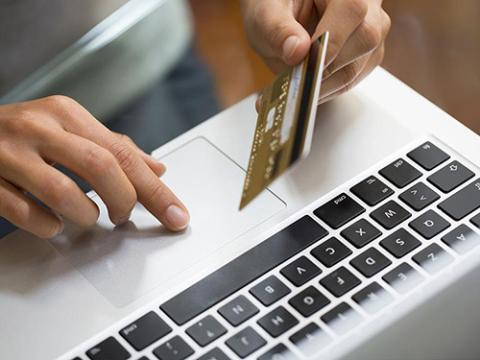 Are you wondering where the next big boom in e-commerce will be? Here’s a tip: check out who is launching in the sunbelt states, which just may replace Silicon Valley and Alley as the hub of new startups. I know that sounds counterintuitive, but here me out.

E-commerce was supposed to be the less expensive retail channel. It was supposed to cut out endless middlemen, as well as allow brands to save on rent, store fixtures, shipping to local outlets, demand planning and a host of other really expensive things.

But those cost savings haven’t panned out. Technology is expensive, and there’s a lot more of it. The average tech-stack has dozens of point solutions, all of which require licenses, and skilled labor to finesse.

And delivery is now a major expense, especially since eCommerce has taught consumers to expect same-day or even one-hour shipping. The assets that aid fast delivery -- local distribution centers and the third-party logistic companies -- are located in the same high-priced, highly taxed, traditional population centers as the brands themselves. There’s not a lot of room for those prices to come down.

Today we see a convergence of population shifts, automation and inflation which, counterintuitive as it may sound, may end up making e-commerce an affordable channel after all. The catch? Brands will soon need to move to Florida, or anywhere in the eighteen states that make up the sunbelt.

Population Shifts
When it comes to economics, people equals power. The more people, the more economic power. High-wage jobs were once centered in the coastal regions, and anyone with any kind of ambition left their towns in the sunbelt, Southeast or Midwest states for places with large populations and plenty of opportunities. But that’s changing, and it’s not just because of the pandemic. Collectively, the Sunbelt is comprised of 15 states, ranging from Arizona in the West to Georgia and Florida on the east coast, all of which have seen historic population growth in the past 2.5 years.

More people want to live on their own, and that’s driving up rents in the traditional population centers. As a result, people are moving to areas where they can get more space for their money. And while the pandemic did prompt more people to buy homes outside of cities, that trend is far less significant than you may think. The big cities aren’t losing population due to the virus. The data shows that the declines in population are actually due to newcomers not moving there in the first place.

This is an incredibly interesting fact. People no longer need to live in New York City or Los Angeles to earn the big bucks; the pandemic showed companies they can recruit talent from anywhere now that we’ve learned how to make remote and hybrid work effective.

Climate change is also driving population shifts, as people leave wildfire-prone areas for places like Austen and Atlanta. As a result, wealthy consumers and high-wage earners are congregating in areas outside of NYC and LA, which upends the playbook for all retail, not just e-commerce.

Autonomous Driving in Supply Chain
Earlier this spring I attended the Ecommerce Operations Technology Summit in Orlando and was struck by how many companies are pushing the boundaries in terms of autonomous driving in the supply chain. While brands like Domino’s and Walmart experiment with self-driving cars. Ryder is already refrigerators 650 miles in self-driving semi-trucks.

Automating the “middle mile” of consumer goods is game-changing. The cost of shipping goods by road has shot up 23% since 2020 and is and is expected to keep climbing perhaps for the foreseeable future. These hikes are, in part, due to a shortage of truckers that has been years in the making. Autonomous trucking can lower the cost of getting goods to market.

But once again there’s a catch: autonomous trucking is only allowed in the sunbelt states. For people and brands located in this region, the cost of goods and operating a business will probably go down, increasing the allure of the region.

Inflation
As inflation increases, so does regulation. And this, in turn, means that states with more liberal policies around employment, combined with a lower median cost of living, are more attractive to both workers and companies about to launch new products and services.

New Playbooks, New Rules
These trends are changing the eCommerce landscape and the way we deliver products in dramatic ways. They also signal a huge shift in the way brands and products will be launched in the years ahead.

At the eCommerce Operations conference, shipping companies talked about the 2/5 rule: what takes two years to innovate takes five years to clear regulatory hurdles. The sunbelt already welcomes autonomous trucking, and that middle mile can provide the price break that enables eCommerce brands to lower operational costs and speed delivery to consumers in those states, which happen to be experiencing population growth.

Corporate rights and trade secrets also enjoy more protection in these corporate-friendly areas, and highly-skilled workers are less likely to be poached and, as is the case in Silicon Valley and Alley. All of these factors, I believe, are irresistible draws to companies like Magic Leap, which opted to launch in Florida.

Ten years ago, few eCommerce brands would have considered Austin or Georgia as a primary launch place. Today, these areas are incredibly attractive in terms of an abundance of high-earning consumers, lower operating costs and less restrictive regulatory environments. As more brands opt to congregate in the sunbelt, e-commerce just may deliver on its promise of being the less expensive retail channel.