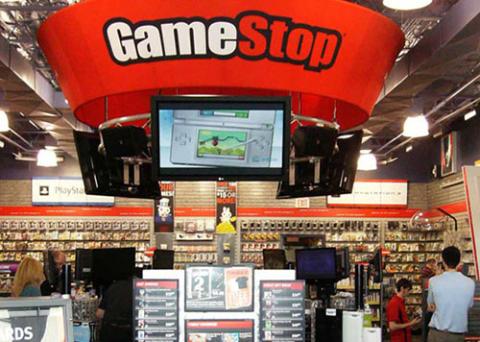 Jenna Owens, COO of GameStop Corp., has left the company.

GameStop Corp. may soon begin the search for a new COO.

In a brief form 8-k filing with Securities and Exchange Commission (SEC), GameStop announced that effective Oct. 25, 2021, the company had entered into a separation and release agreement with Jenna Owens, COO and executive VP. Owens joined GameStop in that position in March 2021. She came to GameStop from Amazon, where she served for four years, most recently as director and GM of distribution and multichannel fulfillment.

According to the filing, the responsibilities associated with the COO position are being absorbed by other members of the company’s management team. Severance benefits she will receive in accordance with her agreement with GameStop include six months of base pay, six months of health insurance premiums, and the remaining portion of her sign-on bonus.

According to a March 2021 welcome letter to Owens that GameStop filed with the SEC, her base salary is $200,000 per year before taxes, and she is eligible to earn a total of $2.5 million in sign-on bonuses, paid in 24 installments. The letter also stated that beginning in 2022, GameStop will periodically review her performance and compensation levels and may make adjustments “consistent with (its) executive compensation program,” at the discretion of its board.

GameStop did not provide a reason for Owens’ departure from the company, and Owens has not made any public comment as of yet. The company has seen a shakeup at the C-level this year, with fellow Amazon veterans Matt Furlong taking the reins CEO and Mike Recupero as CFO in June 2021. The company’s leadership team has been undergoing changes in the wake of activist Ryan Cohen, co-founder of Chewy, joining the board in January 2021.

June 2021 also saw GameStop disclose in its 10-Q quarterly earnings filing that it had received a request for documents from the Securities and Exchange Commission on May 26 in regards to trading activity. The company’s stock had been subject to great volatility in recent months as retail traders shared tips on Reddit and tried to fuel short squeezes for several companies, including GameStop and others.

In September 2021, GameStop narrowed its fiscal second-quarter loss and reported sales that topped estimates. But its earnings fell short and the company’s new leadership took no questions during its earnings conference call. The retailer also said the U.S. Securities and Exchange Commission has requested additional documents for its ongoing probe into GameStop and other companies' trading activity. GameStop said the inquiry is not expected to negatively impact the company.

Owens, who holds a B.A. from Amherst College and M.B.A. from the New York University Leonard N. Stern School of Business, has also held executive positions at Google, Rent the Runway, and Honeywell, as well as a retail supply chain consulting position with McKinsey & Company.